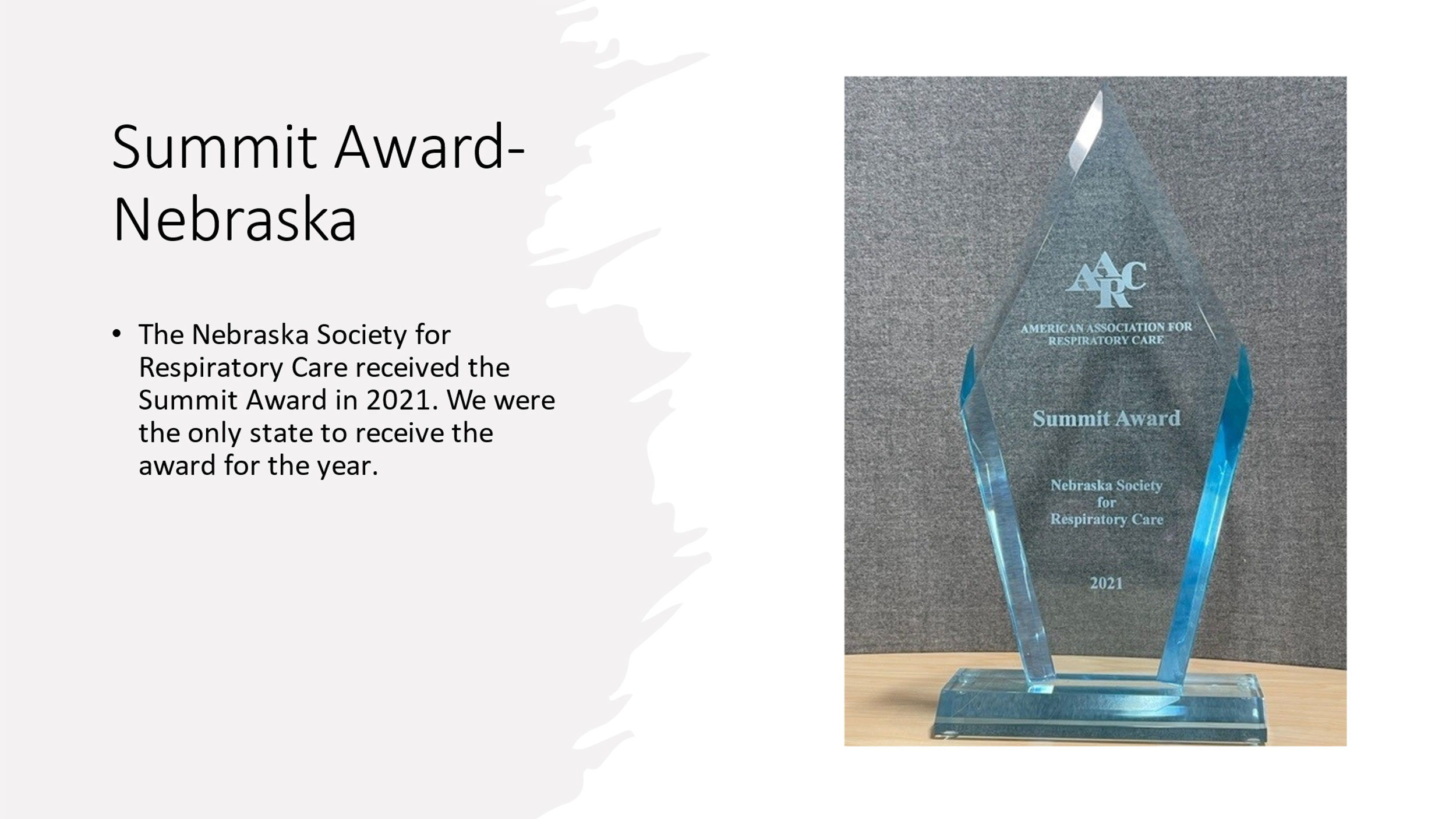 Respiratory care is the health care specialty that focuses on care and treatment of the lungs.  Persons working in this profession are known as respiratory therapists.

In Nebraska, respiratory therapists can be found across the state in hospitals, home health agencies, sub-acute care facilities, doctor’s offices, schools and universities and wherever needed to improve breathing for their patients.

The officers of the NSRC are:

Treasurer: Elected for a 2-year term.  The treasurer keeps the budget, all accounts, pays all bills and facilitates account audits.  The treasurer utilizes accounting software and reports financials to the board at each scheduled meeting.

Secretary: Elected for a 2-year term.  The secretary records and takes notes at all the board meetings.  He or she provides records of the discussion, decisions and action plans determined by the board.  The minutes are then posted to the NSRC Web site, once they have been approved by the board.

Delegates: There are two delegates who serve for 4 years.  These delegates are elected every two years, overlapping so that a novice delegate has an experienced senior delegate as mentor before their last  2 years of service.

These are the key offices in the Nebraska Society for Respiratory Care.  As elected individuals, their jobs are to seek and reflect the positions of the respiratory therapist in both state and national political arenas.  It is recommended that those seeking to run for president or delegate should have some board experience prior to running for these offices.

If you are interested in running for an office on the NSRC board please review the office requirements as well as the position policies stated in the NSRC bylaws.  You can contact any of the NSRC officers to discuss running for office and their experience in the role.